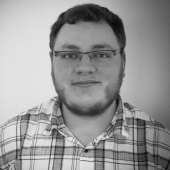 Vixx: A bullet-hell game for the X16

Your Commander X16 got a virus ! Thankfully you have an antivirus called Vix that'll get rid of the evil software. You play as the Vix Antivirus, scanning the computer trying to locate and destroy the virus.

Your score increase over time, and also when you move near the bullets.
You score points when defeating bosses and also when panicking ( 100 points per bullets on panics)

The game is still in its alpha phase. I'm implementing new features and do not focus on the content.

The first level is not final, and the second is just an infinite loop. It's more to give an idea of how the game will look.