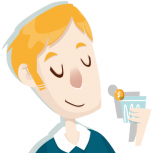 I just started playing around with the emulator about an hour ago.  On feature it lacks IMHO is a command buffer.

It would be nice to be able to hit tab or something similar to bring up the last command issued.  You can see what I mean by looking at the following image where I press UP to get the last command.

Tab or Shift Tab  or Shift Up.   This would be amazing

8 answers to this question