The X8 is a somewhat cut-down X16 that exists entirely in FPGA.  It has much less RAM.  It does use the VERA, albeit with reduced VRAM.  I have one of the few prototypes in existence on my desk.  It i

This is an unnecessarily critical and inaccurate comment, and isn’t the first time. It is not the tone we want for our forums. Please moderate your future comments before posting. I and others work ex

Totally. Being simple is one of the project goals. Being cheap is another goal. X16 team is doing their best to reach a golden mean between these two.

What is the Commander X8? 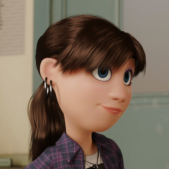