How is the new zero page banking supposed to work? 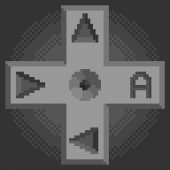 I had checked out the project back in late 2019 (after the part 2 video was posted), but stopped paying attention as I got busy with real life. I recently thought about the project and decided to see how it was going. I had done some programming using the emulator back in 2019, so I checked out what changed. I saw that the memory banking changed from being in the VIA IO range to the zero page. When I saw it, I thought it was a cool change, but the more I think about it, the more confused I get.

I don't have much understanding about hardware design (I'm more of a software person), and most of my understanding comes from the Ben Eater videos. What I do understand is that RAM/ROM banking requires something to hold the current banking value and set the address pins on the RAM/ROM chips high or low as needed. I understood how this worked before.; the VIA has the functionality to set and hold output values, which would be used to set the address pins. With the "Proto2" design, the goal was to free up the VIA outputs for other use, but I don't get what's replacing it for banking. Is there another IO chip being added to perform the banking? If so, why wouldn't the banking controls be put in the IO address range? It seems that checking if the address is $0000-$0001 would require a ton of logic gates to make work.

My confusion is compounded by the responses to questions about putting VERA IO in the zero page. There have been discussions about it that have been dismissed without discussion (such as this thread). I feel like I get why putting VERA IO on the zero page is impractical (if not impossible), but the same reasoning I have would also apply to the banking controls. What makes banking different from the VERA interface?

The only answer that makes sense to me is that writing to the banking addresses just sets the value in Low ROM, and the address pins of the RAM/ROM chips are being set by the Low RAM chip when accessing High RAM/ROM. This would also explain why it wouldn't work for VERA IO, as that technique wouldn't work there. However, I can't imagine how you'd get the Low RAM to do that without interfering with the CPU's Data Bus.

I don't need or even want a massively technical answer, as I understand the design is being kept somewhat private for now, and I probably won't understand all of it anyways. I'm just wondering how this is supposed to even be reasonably possible.

3 answers to this question