Bringing Emulation Into The 21st Century 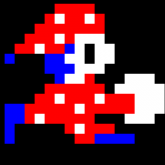