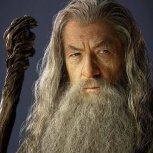 Does anyone know what the equivalent command for a Sinclair ZX Spectrum or a Microbee are for the following?