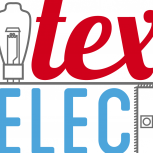 Hi Everyone,          If you happened to see David's video on the Color Maximite 2, then you probably noticed that the new Commander X16 PCBs have arrived!  David @The 8-Bit Guy just happened t

The Emulator and the ROM have been adapted for the new board. You can check out branches x16_board_r2 in the source of the two projects. The official reference manual has also been updated. In sh

It's not the color that gets me. It's not the features like the expansion slots, VGA out, IEC interface, or the SNES adapters.  Apologies to Frank, but it's not VERA either (although it is superc