The following is a copy of information posted by David to the Facebook group, copied here for your convenience.

Feature creep is a shame I still hope that it doesn't obscure the goal of a simple architecture, the allure of knowing how the computer works inside and out was what caught my interest in the fir 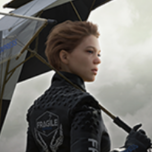 It seems Michael is willing to fix the sd card issues and I would hate to lose that feature.  Maybe this Facebook post will kickstart the project again

Ides of March Status of X16