Can the VERA's FPGA be reprogrammed? 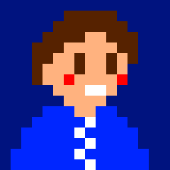 Is it possible to manually (not from software) re-program the VERA's on-board FPGA to perform different kinds of tasks? This can perhaps allow the video modes to be changed, or even allow a virtual 2nd CPU to be created if there's enough spare logic blocks. I might as well replace the default PSG/PCM audio with my own Amiga-like sampler, to be paired with the otherwise hard-coded YM2151 and SAA1099 audio.

I know users will be able to re-program the X16's flash ROM with their own software, to be paired with their custom VHDL/Verilog code if only @Frank van den Hoef makes this possible.

35 answers to this question