Position sprites with 12 bits instead of 10? 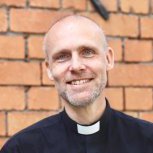 Well, I don't know if this really is a feature request. It is not at all important, but I think it's something worth to notice at least...

But let's say we're making a game that uses a tilemap that is 2048 pixels wide (128 tiles and a tile size  of 16 pixels). Somewhere on the map is the player in a spaceship represented by a sprite. On different locations on the map are about 10 enemy spaceship sprites. When playing, the screen will act as a window into this "world" centered on the player's sprite. Scrolling the tilemap is easy, you just set the scroll values for the tilemap  based on the player's position. Positioning the sprites are (almost!) as easy. The player's sprite will always be in the middle of the screen. All other sprite positions are easily calculated by subtracting the player's position. You position them by setting each sprite's x- and y-value. If they shouldn't be visible they won't, they will simply end up outside the visible area of the screen.

Now you might think you are doing just fine. But this is not really the case. Because the tilemap wraps at 4096 and sprite positions at 1024. This means for example that an enemy spaceship that holds its position will turn up twice when flying from the left end to the right end of the tilemap. Therefore (if someone is still with me) it seems more logical and consistent to use 12 bits both for scrolling tilemaps and placing sprites.

I absolutely understand that this is not at all hard to compensate for. I also know that in many cases it is wise to let the model have a coordinate system that is completely separated from tilemap and screen coordinates. But still, there are 6 unused bits left in the memory addresses that hold sprite positions, why not use two more of them?

10 answers to this question