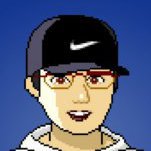 I think internet/ethernet build into motherboard will be great. For playing multiplayer games online with friends. Also some kind of 2D virtual world / social network / MMO RPG / Scifi MMO will be cool. I am reading Neal Stephenson Snow Crash and He was inspired by C64 network game called  Habitat. Metaverse is world like from movie Ready Player One - Oasis. On Atari we have FujiNET based on ESP Wifi module. Also Wifi will be good for load uploading files to and from X16 SD card using PC or MAC etc. Wifi modules cost few USD. Like coffee latte or so. It will be nice feature.

16 answers to this question