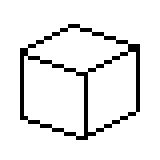 So what modern games, if any,  do you like to currently play? Or what style of game? Remakes and remasters count! 🙂 Except for my little RetroPie, I only game on PC these days, no room for many c

By Strider,
November 7, 2020 in Modern Computing