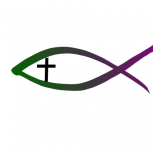 suppose I start playing a tone with the programmable sound generator (PSG), the phase of the tone seems to be reset upon start of the emulator, but once a tone has been played with that voice, its phase seems to be scrambled.

My question is, if there is a way or some trick to reset / control the phase of the PSG oscillators before starting to play a tone?

This could be useful for a range of scenarios:

I suspect that the phase information is stored in an internal variable inside the VERA and there's no way to control it directly. But I am hoping, maybe there could be a way to do some acrobatics with the PSG registers to influence the phase?

0 answers to this question