Please enjoy this mini update from @Kevin Williams about the second prototype. A fuller update will follow from David on YouTube soon (when we have a working prototype #3). Happy new year Commandos!

Here is Adrian's video about the troubleshooting: 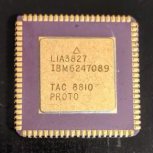 Adrian Black is a class act.  What a gracious and generous video.  I have enjoyed his channel and hope he keeps producing new content for a long time. This is an important step.  I hope folks in